At nearly 300 years old, The Royal Bank of Scotland (RBS), now part of NatWest Group, is older than some of the world’s countries. For much of that time, the very essence of the bank was to put its customers first. But in more recent history, the storied bank had lost sight of that mission, says Paul Smith, director of customer insights and marketing at NatWest Group.

“I think we all feel—especially those of us who went through that—that we lost that focus on customer,” says Smith.

The once proud and successful bank didn’t arrive at that crisis overnight. Instead, it had gone through a series of phases: global expansion, the global financial crisis, restructuring, leaderships changes, and a technology meltdown that dismayed customers. By about 2012, it was clear to customers—and employees—that the bank had sunk to historic depths. “It was low,” says Smith. “Especially in Scotland, it was hard to talk about where you worked because you were the least trusted bank in the least trusted industry. That is the bottom of the bottom.”

In August of that year, CEO Ross McEwan joined RBS as head of retail banking. He was named CEO the following year, and the bank began a pivot back to its roots: A focus on customers. Executives began to focus on Net Promoter®--which had been used for several years as a score against which benchmark customers—as a system that could help restore trust the bank’s fractured relationships with its customer base.

“Doing great things for customer will eventually, and pretty quickly, allow you to have an ongoing, sustainable business,” says Smith. “That's my belief in life. That you do great things, serve customers well, and they will reward you with their repeat business. And that's right at the top of our organization.”

“Now our reason to be is to champion the potential of our customers--to help them thrive. And that's people, businesses, families right across the country. And you know, it goes back to why I joined up.”

In this episode of the Net Promoter System podcast, Paul talks about that journey: From notoriously untrustworthy bank to the sustainable company that is now part of NatWest Group.

You can listen to my conversation with Paul on Apple Podcasts, Spotify, Stitcher or your podcast provider of choice, or through the audio player below.

Rob Markey: We've talked a little bit about this idea of feedback and the processes around it for making use of it in the inner loop of the Net Promoter System. You've kind of alluded to the idea that there was more to it than that.

Paul Smith: So, obviously we did the implementation of the inner loop with all its component parts. So, not only is the fuel flowing around to the right people, they are then having the huddles to have the right conversations about it. And what we discovered early on in the pilot was that there is definitely stuff that our colleagues in the front line can fix and they're empowered to fix, and there is definitely stuff that the rest of the organization needs to fix.

So, as part of the pilot―the second pilot that we did, later in 2016―we said, "What is our outer loop process there? How are we going to make sure that those systemic issues, those functional issues, the end-to-end product issues or opportunities, how is the rest of the organization going to respond to that?" So we built an outer loop process that allowed us to understand those escalations. It allows us to route them to the most appropriate home and it allowed us to go back to the originating branch or telephony team and say, "Here's what's happening with it."

Now, the thing we learned from that pilot was that that's a real source of motivation for our frontline colleagues. So not only are they empowered to fix stuff themselves, they are able to influence, on behalf of our customers, the more systemic things that we need to fix as an organization. Not only was it a useful practical tool, it was also a motivational tool for our colleagues and in the front of the business.

Paul Smith: That is really difficult to avoid. So, an organization that has a limited budget--and I think that's every organization in the land―has to make choices and has to prioritize. And so you can't always react to everything. Just in the same way you can't always say, “Yes” to customers on every demand or request that they might have.

The outer loop allows us to explain those decisions.

The escalations go to the right owner in the business, who then has the power to assess that idea, understand where it fits in the backlog, as it were, and then have a coherent explanation that goes back to our frontline colleagues. Which might be, "No." It might be that, "We can't do that." But at least there is an explanation.

What we found was that when we didn’t get that bit right, it did feel a bit like throwing things into a big black hole. So things would escalate up, they'd go in, and if we didn't do that follow up and chase down the actions or chase down the escalations, we'd start to get chased by our colleagues in the front line, “What's happening with this?” And that put pressure on the center of the organization to kind of respond to it. So, it kind of works both ways, I think.

Rob Markey: You know, we talk about the three characteristics of a good outer loop: robust, rigorous, transparent.

Robust in the sense that you're getting input to the outer loop from multiple sources. Not just analysis of your customer feedback, but also elevations from the inner loop and huddles, competitive analysis.

Rigorous in the sense that it is really thoughtful and analytically solid regarding how you prioritize the investments you make.

And transparent in the sense that you enable any employee, and any customer, to see the impact of the suggestions and requests that they make of the system.

And I think you've described wonderfully an approach at RBS that meets all three of those criteria.

Paul Smith: I wouldn't say we get it right every single time, but that is certainly our aspiration. Because it ultimately allows us to get to issues that are red on the customer list and red on our colleague list.

Culture, Mission, and Taking a Public Stand on a Challenging Topic 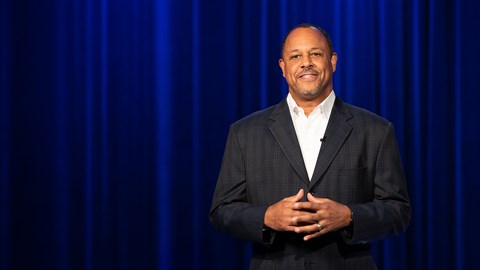 Maintaining a Resilient and Customer-Focused Culture

Hint Water: Plumbing a Sweet Spot in the Market

Restoring Customers to the Rhythm of Their Lives