The power of the Net Promoter System often lies less in the scores customers give you than in their verbatim descriptions of what made their experience good or bad. In fact, we often counsel our clients to hold back on providing net scores to frontline employees until they’ve had a chance to get used to focusing on the verbatims.

But verbatims aren’t perfect. “You often get very short, curt responses from customers,” says Raj Sivasubramanian, customer experience insights manager at Airbnb. “We’ll say, ‘Hey, why do you like us?’ or ‘Why’d you give us that score?’ and the response will be, ‘It was great’ or ‘You guys suck.’” His experience represents well what we see in the feedback at many Net Promoter companies.

Raj has played other important roles in the customer experience and Net Promoter world, notably in his past work at eBay. Yet I wanted to talk about the experiments he’s been leading with video feedback from customers at Airbnb.

I have to admit that I was skeptical. Personally, I don’t shoot a lot of selfies, let alone selfie videos (unless I absolutely have to for work). And I have a lot of trouble imagining the average Airbnb guest taking the time to shoot a selfie video to leave feedback for the company or a host. But Raj explained that Airbnb’s video feedback system makes it easy for customers to shoot a quick video, just as they might on YouTube, Instagram or Snapchat. Surprisingly (to me, at least), he says customers often provide longer and more detailed feedback in the videos, which gives him and his team more data about how to improve the experience. And even more important, those videos can be richly emotional—offering the real voice and face of the customer. That emotion, transmitted directly to frontline employees and leaders, often generates the sort of empathy that inspires and motivates thoughtful action.

You can listen to my conversation with Raj on Apple Podcasts, Spotify, Stitcher or your podcast provider of choice, or through the audio player below.

In the excerpt below, Raj talks about how the video feedback system works and how customers have responded.

Raj Sivasubramanian: So, in a nutshell, what we're doing is we're incorporating video feedback into our current NPS program. And the genesis of this is the desire to use the emotional element and use empathy to go drive action and change. I've been customer-obsessed for a long time. I've been an upset customer. We were thinking about ways to bring customer empathy into our program, to bring the customer to life, thinking about some of the things that were successful at eBay. We had our most success in driving action when we brought the customer to life.

Raj Sivasubramanian: When you are working for very data- and metric-centric organizations like eBay was, and like Airbnb is to some extent, people get lost in the numbers and the data, and the metrics and what you tend to report out is just a score. And often it's used for operational performance and not necessarily with the customer in mind. Things get reported just for reporting scores, but there's not really the impetus to go act and go change a policy or go change a product with the customer in mind.

Creating empathy for the customer, I've often found, is a way to compel teams to act and think more externally—not just about their silos, but about the broader customer experience.

Rob Markey: Now, one of the things that most organizations that have adopted the Net Promoter System do is put a lot of emphasis on digging into the verbatims, understanding them, and participating in the follow-up calls to understand more of the emotion and the context behind a score or a comment. What you're saying is that even that is not really capturing people's imaginations enough.

Raj Sivasubramanian: Correct. That's better than nothing, right? Definitely looking at the open-end verbatims is something that I've had a lot of success with. Where that gets challenging is, you often get very short, curt responses from customers. We’ll say,  “Hey, why do you like us?” or “Why’d you give us that score?” And the response will be, “It was great” or “You guys suck.” It's just really short. And I often get asked, “Hey, what's the root cause?” ”Go look at verbatims. You'll get the root cause from verbatims.” But if I show you something that says “You guys are terrible,” what's the root cause?

Raj Sivasubramanian: What we found from video is customers are talking longer. They're leaving responses that are providing a lot more depth and insight. The other thing that's happening with video is that we've actually taken some of the friction out of leaving a survey response.

Rob Markey: Describe that. What's the mechanism? How does that work?

Raj Sivasubramanian: What we've seen is a lot of these video responses, people will have their phone mounted [on their car dashboard] and they'll just be driving down the street and leave the video response. Sometimes people will be out running, running around and jogging, and leave a video response. And because it's easier to just talk vs. typing out something, I do feel like we're getting better responses that are more in-depth than what we got when it was just text.

Rob Markey: Now, have you made it easy to do? Because as a customer, it could be a real pain in the butt. And, I'm not used to giving anybody video feedback. So there's a little bit of a hurdle of newness to get over.

Raj Sivasubramanian: So, one, it's optional, right? We’ve integrated video into our survey. So someone takes the likelihood-to-recommend question, they answer that, and then the second question is, “We'd love to hear more about your response. Would you be open to leaving a short video response telling us more?” If they say no, they just get the rest of the survey. If they say yes, then we've incorporated a video widget into the survey where they can just turn the camera on on their phone or computer and leave a response.

Rob Markey: Is it as simple as just hitting a record button?

Raj Sivasubramanian: Yeah. It's super simple: You just hit the record button and then when you're done, you stop it. The other thing, too, that that helps us is just that the timing is right in terms of where video is in our society. You look at what social media has done. People are not afraid to leave videos of themselves. I think for the common consumer now, it's so prevalent that they enjoy it. Maybe five years ago, this might have been something that people wouldn't want to do, but it's become so common in society now that the opportunity to do that is something that customers are enjoying.

Rob Markey: It is interesting that, we're recording this in 2019, and this is a moment when Instagram has incorporated video stories, Snapchat stories are kind of a thing with videos….There's definitely a lot more comfort with recording short videos and sharing them with your friends. Part of what you're doing is leaning into a trend that seems to be growing.

Raj Sivasubramanian: Correct. Yeah, exactly. It totally feels natural. When I first I heard about this, I was skeptical. I didn't think people would want to leave video feedback, but you see again where society's going. We piloted it and what we found was some customers didn't want to do it and they didn't have to. But the customers that chose that option really embraced it. And we actually had a lot of customers tell us in the video, “This is really cool. I love the fact that I can do this.”  So that was validating in itself. 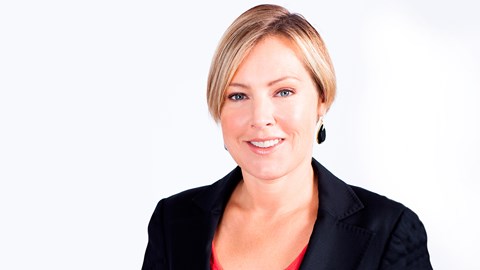 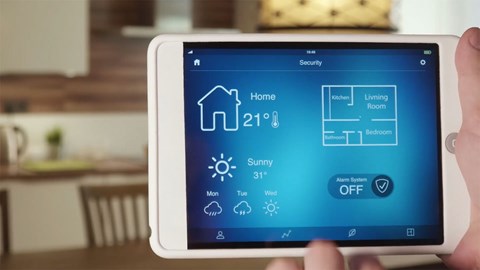 The Insurance Opportunity in Connected Devices