“We realized that one of the best ways to grow this business faster … was to provide a consistently great customer experience.”

That’s Sandy Rogers, the global practice leader for loyalty at Franklin Covey, the management training firm, who joined me on the podcast. In the quote above, though, he’s talking about his experience at Enterprise Rent-A-Car, part of his incredible career arc that, most recently, includes his coauthorship of the new book Leading Loyalty: Cracking the Code on Customer Devotion.

In the era that Sandy describes, Enterprise had already been around for 37 years and was generating a billion dollars of revenue per year. “Customer service was the cornerstone of the company's mission, [but] there was no measure of it whatsoever. You know, we talked about it at the meetings, but [we] never [had] any measure.”

Sandy explains how he managed to convince the leaders of this large, successful company to take chances that would wind up changing their fundamental approach to customer service. It started with figuring out how to measure customer experience.

“When I first suggested that we do a measurement, somebody said, ‘What would it cost to do this across all these branches?’ We had 3,000 back then. And I said, ‘Well, it'd be about $2 million a year.’ And they laughed. They said, ‘You're crazy. We're not going to spend $2 million a year.’”

Sandy is someone I’ve been learning from for many years. Many of the insights his team used to revolutionize customer service at Enterprise directly inspired the design of the Net Promoter System. As usual, speaking with Sandy was both inspiring and educational. I hope you enjoy the conversation as much as I did.

You can listen to it on Apple Podcasts, Stitcher or your podcast provider of choice. The episode is also available through the audio player below.

In the excerpt below, Sandy describes how and why Enterprise first developed its system for measuring customer experience.

Sandy Rogers: Unlike so many companies today, we didn't give employees a script. We didn't tell them you need to check the rule book before you do this. We said you use your common sense. You're running a business here, your pay is tied to the profit of this branch, and it's not a small little bonus. You’ve got to run a balanced business here, where customers love you and come back, but also, you have to make some money, too. So how do you do that?

Rob Markey: This idea that somehow there's something different about the way that Enterprise not only ran its business but eventually how it developed systems and processes to make sure that all of the branches were consistent, even ones that were from brands.

Sandy Rogers: Right. We had to have a check in the system. It's great to have an entrepreneurial culture where everybody is paid on the bottom line. But there has to be a balancing element of making sure that that we're treating customers in a way that is not just good for short-term profits but ensures the long-term success of the organization.

And before we created what we call ESQi, or the customer service management system, we really had no idea. And so when I said we should spend $2 million a year to measure this, Don Ross, the chief operating officer, said, “Sandy, you didn't grow up in the business. We know which of these branches need help.” And I said, “How do we know?”

So we did a little test—50 branches—and Andy Taylor [the CEO] was watching this. And he said, “All right, Don, you and the operators tell us which of these are in the top half of the class.” And they got half of them right.

Rob Markey: The guys who are leading the business did their own ranking of the branches, from their own judgment.

Rob Markey: And they were wrong in at least half the cases? What was the source of error, do you think?

Sandy Rogers: The way I thought about it was, you go to a restaurant, and it’s date night with your wife. And they ask you, “How was everything?” And you say, “It was fine. It was fine.” Now you're thinking to yourself, you know, “The food was terrible; the service is awful; we're never coming back here. But the last thing I want to do right now is create a scene when I'm here with my wife.”

So just observing what's going on in the branch … we weren't convinced that you really could tell how everybody was feeling. And so we wanted some objective way to measure accurately whether we were creating promoters or not in all these branches.

I think the real reason that these guys only got it 50% right is they were so far removed from the 3,000 branches. I mean, we drew a random sample of 50 out of the 3,000. It's very tough to visit a branch once a month and really know whether or not they're providing good service or not.

Rob Markey: Another component of this is that when the big bosses visit, everybody's on their best behavior, and maybe you're not really getting an accurate view of what's happening.

Rob Markey: OK, so you institute this metric, and it was called the Enterprise Service Quality index. Describe the evolution of this. How did you come up with your methodology there?

Sandy Rogers: We built a team of people including operators and different people around Enterprise to create this, and this little committee first came up with a 17-question survey. We not only wanted to know how they felt overall but then we wanted to try to diagnose why they felt the way they did.

We did it by mail initially. We got a 25% response rate, and we found out initially that we were making about 67% of customers happy. But there was wide variation across our 3,000 locations. It was about 28 points of variation, and so we were very concerned about that.

And, in fact, some of our most profitable parts of the operation had some of the worst customer service scores. Now, of course, their reaction was, “Oh, this metric isn't right. I mean, how could we be so profitable and growing so fast?”

In the early 90s, you didn't have a lot of choice if you needed a replacement rental car. I mean, it was Enterprise, or you could drive to the airport and get a car. And so that was how they were able to grow fast, make lots of money but not be making customers happy as part of that experience. And we realized we had to fix that, and so we told people, “Hey, this is our most important value. Customer service is really important. Go make it happen.”

And for the next two years, nothing happened. It's zero progress.

Rob Markey: Why? Why do you think that was?

Sandy Rogers: Because people won't change their behavior unless they have some incentive to do so.

Sandy Rogers: Well, think about all the New Year's resolutions people make every year. You know, it's not only hard to change the behavior of people across 3,000 branches, think

about how hard it is just to change our own behavior at least through the month of January and stick with the commitments we made.

And so not only did we change our methodology from 17 questions down to 2 questions and from mail to a short phone survey but we then also realized we had to give people incentive to get serious about this. And so we pulled the one lever that gets people's attention at Enterprise, which was we stopped promoting people who weren't living our values.

Rob Markey: Go back for one second. You got rid of all of the other questions except for two, you said? Why?

Sandy Rogers: Yes, because we did a bunch of analysis and realized the difference between a good and a great experience came down to how they felt about our people and how our people handled things. And so we didn't need all those questions. We just simply needed an accurate picture of whether this branch was above average, average or below average, and then they had the tools to diagnose why without us torturing the customer with another 16 questions in the survey. 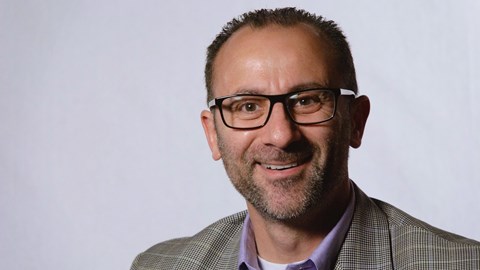