It’s August, and people in the eastern United States have begun to say goodbye to the beach days of summer, their minds turning to the return of school and cooler weather. The Wall Street Journal recently published an interesting piece about another September rite in this part of the world: hurricane season.

In it, the author, Jim Sollisch, posits that if we were to name hurricanes after something scary, people might behave with more caution, heeding, for example, the precautionary evacuation notices. Hurricanes Florence and Dolly would be more appropriately called something like “Hurricane Shark,” “Slasher” or “Demon,” he argues.

“Names have the power to change reality,” writes Sollisch, a partner at Cleveland advertising agency Marcus Thomas. After his neighbor pointed out that the new flower blooming in one of his beds was not a flower at all but actually a weed called ragwort, Sollisch says his perspective changed entirely. “I went from admiring it to poisoning it, all because it didn’t have a nice name like Susan or marigold,” he writes.

Properly naming things has always been important. From the early responsibility of Adam and Eve in Genesis, to the binomial Latin identification of species pioneered by 18th-century Swedish scientist Carl Linnaeus (think Homo sapiens), names are both the basis of identification and critical to learning and accumulating knowledge.

The Net Promoter System® has nothing like the complexity of nature, but it has expanded to the point where I think it, too, needs a more specific and agreed-upon taxonomy. Today dozens of companies report Net Promoter Scores® to stock analysts and investors, and many more tie important business decisions to them. If each company uses its own unique definition and calculation methodology, calling all that different output “NPS®,” it creates chaos, not insight.

In order to move toward comparable results generated by a consistent and reliable methodology, here are a few terms I suggest as a starting point.

Of course, there is also employee NPS, but for now, let’s stick with customers. In addition to naming and understanding what a particular Net Promoter Score measures, there are several other dimensions we need to clarify. Did the calculation use the standard definitions for promoter (9–10), passive (7–8) and detractor (0–6)? What sampling method was used, and what was the response rate? Is it the product of a self-administered survey or generated by double-blind research? Or is it perhaps gleaned not from a survey at all but from interpreting operational data or customer behaviors? These are dimensions we will address in future posts.

Without clear names and reporting rules that specify what these names stand for, I worry we will miss out on powerful insights that can occur when we name things carefully. The Wall Street Journal recently wrote about companies reporting NPS results with no clear rules about names and definitions. Let’s begin to fix this problem.

Do the four flavors of NPS I’ve listed above accurately describe the ways that you use customer NPS in your company? 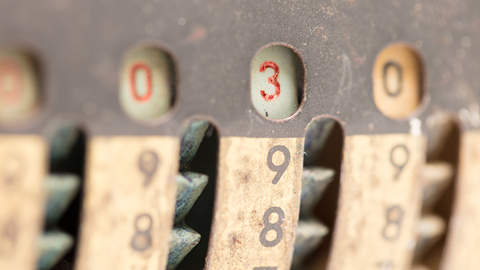 My Daughter Made Me Do It: Adding a New Question to the NPS® Survey

The Dubious Argument Against NPS

What makes a job great is the meaning, purpose and fulfillment one gains through enriching the lives of others.

Redefining How We Measure Greatness

A company's greatness and success can be measured not only through net worth but also through the positive impact they have on their customers.