It’s common wisdom that your goals should be achievable. In fact, a popular goal-setting acronym, SMART, holds that goals should be specific, achievable, realistic and time-bound. (In some permutations, “relevant” is substituted for realistic.)

Jack Brennan, though, suggests almost the opposite. Rather, the former CEO of mutual fund giant Vanguard and current board member of several large, public companies including GE, claims that only by setting unattainable goals do organizations realize greatness. “I found with time that setting perfection as the goal is motivational. And there are people who don’t agree with that, by the way. But to set perfection as the goal and then creep your way towards it … to have perfect client retention—what a great objective,” he says.

Jack has always believed in a loyalty-based strategy because he has seen firsthand how it can power a company’s growth and profitability. Under his leadership from 1996 to 2008, Vanguard continued its meteoric rise to the top of the mutual fund industry. Jack followed a very deliberate client and asset retention strategy. In fact, under his leadership, Vanguard was an early adopter of the Net Promoter System. He used it to reinforce the mutual fund’s core loyalty-based operating principles. He pushed employees to ask, “Is it in the best interest of the client?” until the question became second nature to them. The goal was always to keep clients for life and to never acquire a client they couldn’t keep very long.

Through years of leading Vanguard’s loyalty-driven culture, Jack has dozens and dozens of practical lessons to share. During a recent Net Promoter System Podcast episode, we reviewed just a few of them:

Measure the right things the right way. Financial statements don’t recognize the value of customer loyalty, but smart investors do. And corporate leaders must, if they want to build sustainable businesses. At Vanguard, the Net Promoter Score® is one of the key competitive benchmark metrics executives report to employees. Using it right means asking the right people for feedback and measuring it regularly, not just when the timing is right to get a good score. “Great leaders of organizations have their own metrics beyond GAAP [accounting],” Jack says.

Make loyalty relevant to every employee. In a big company, not everybody is going to understand the business model. A leader’s job is to communicate in clear, simple terms why a particular metric matters. For example, Jack translated the percentage of assets that left Vanguard every year into dollar terms, so employees could see how much they had to sell just to stay even. He then encouraged them to reduce the churn, so the sales could produce growth. “We might have to sell $7 billion of mutual funds to stay even, but what if we got that down to $5 billion? Then if we sell 7, we grow,” he would say. Going one step further, Jack advocates tying some compensation for every employee to how well the firm performs on customer loyalty.

Get more of (only) the right customers. Vanguard is steadfast about turning away clients it can’t keep for a lifetime. Somewhat shockingly, that means the firm never advertises based on fund performance, and often closes funds to new investors when they become too “hot.” The promises of performance-based ads “are the fastest way to attract new customers and also the fastest way to get them out the door,” Jack says.

Don’t confuse customer service and customer loyalty. It used to be that Vanguard employees didn’t ask questions when customers wanted to withdraw money; in the spirit of great service, they would process the request as quickly as possible. That meant customers would sometimes move money to competitors’ products without even realizing that Vanguard offered a similar product, and often at a much better value to the client. “It was a big aha! for us” when leaders realized that employees were missing opportunities to educate customers and potentially earn more of their business, Jack says. As a result, “we took a great service mindset and made it a loyalty mindset, and that changed the nature of the business model.”

Leverage the power of the CEO to focus the organization. “There’s no question there’s a special role for the CEO,” Jack says. “People look to that person and they will emulate what that person does, good or bad.” To that end, he made it a point every month to work the phones in Vanguard’s call centers, asking for help from the employees who worked them every day. “The message was, there’s nothing more important today than that phone call coming in, where we can help that person secure their financial future better,” says Jack.

Few leaders have lived the principles of customer and employee loyalty as completely—or inspired an organization as effectively—as Jack Brennan. He has plenty of other inspiring ideas for those who are leading modern loyalty revolutions. You can listen to our conversation on iTunes or through the player above. Click here to browse more Net Promoter System Podcasts. 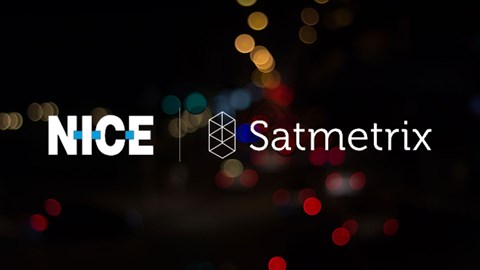