In this excerpt, Rob and Gerard discuss the key customer experience trends the survey revealed:

ROB MARKEY: Talk a little bit about the future stuff. What are you seeing there?

GERARD DU TOIT: So on the future things, we asked about 25 big ideas. Some of them were deliberately very out there and kind of fun, so things like the notion of using artificial intelligence to handle more than three-quarters of customer service tasks or machines becoming customers as people delegate low involvement decisions to the box. Things like that.

The three that these executives said were the most likely to occur by 2025 were geolocation, where basically geolocation notifies a store of the customer's arrival so they can identify them and better serve their needs.

Second, retailers will know when a customer runs out of a product and ship it automatically. And cash transactions will shrink by 80% thanks to the rising importance of mobile and biometric payments.

ROB MARKEY: Each one of those trends are things that people have been talking about. Who knows if they will actually happen over the five-year horizon, but they feel reasonably likely.

GERARD DU TOIT: What's interesting is that actually there's some more skepticism around some of these trends from the people who are deep in these areas.

ROB MARKEY: In the industry.

GERARD DU TOIT: When they're deep in the industry, they're less likely to be as optimistic about the future trends. This was also an area where we saw a regional difference. In Asia, there was great expectation and confidence about some of these big new things coming true.

ROB MARKEY: And the truth is probably somewhere in between in most cases. The people in the industry tend to be fairly conservative about their own industry. And people outside the industry tend to underestimate the barriers to change and under appreciate some of the benefits of status quo that may not make sense from a customer experience perspective, but may actually, persist for a while because of their efficiency or other factors, like the difficulty in changing legacy technology.

GERARD DU TOIT: It's the nature of disruption, right. The destructors often come from outside industries, and it's probably just as well that they don't know quite how hard it's going to be. Otherwise they wouldn't have tried.

ROB MARKEY: Yes, most of the time that's true. They're not burdened by either the mindset of the incumbent or some of the baggage and need to protect the core that incumbents have.

ROB MARKEY: There's this tension in most large incumbents in changing industries. There's often a question of how quickly to abandon investments or reduce investments in the core as you make investments in new approaches or how much risk to take on with a new process or new technology that is a little unproven, even in spite of knowing that the legacy technology or legacy process isn't working very well.

GERARD DU TOIT: Right. It's the essence of The Innovator's Dilemma right?

ROB MARKEY: Can you talk about leaders versus laggards? How do leaders use the tools differently than laggards?

GERARD DU TOIT: Yes. There are really a couple of things. They have adopted slightly more tools on average, but they've also taken them very seriously. They've adopted them as part of a major effort. Not just dropping in a software solution and moving on, but actually changing the way the organization works, the way the decision-making works, the way the culture works, and then truly mastering and driving continuous improvement as a priority.

So it's this sustained focus on making the most out of a handful of tools. There's not a dramatic mix in what tools they use, with the one exception of greater emphasis on privacy and security management tools.

ROB MARKEY: Interesting. So the leaders have a heavier focus on privacy management?

GERARD DU TOIT: Yes. And honestly, I don't know whether it's chicken or the egg, right? It may be like, “Boy, we've got a reputation to protect.” Or maybe it's because they're so customer centric that they really want to treat the customer’s information with respect. I think it's both.

ROB MARKEY: And they demonstrate that. I think that in many cases, companies view privacy and security as barriers to things like personalization or good customer experience. And in fact, what we found and in other podcast episodes we've talked about this with people like Julio Esteves-Breton from USAA and a number of other practitioners. It works well when the privacy compliance, data security and information security people are integrated in the innovation teams. And it works poorly when those teams are kind of after-the-fact checkers, approvers and bureaucrats who have to be satisfied.

When you involve them in developing creative solutions, then you often get a better, more secure, higher privacy solution that is easier for the customer. 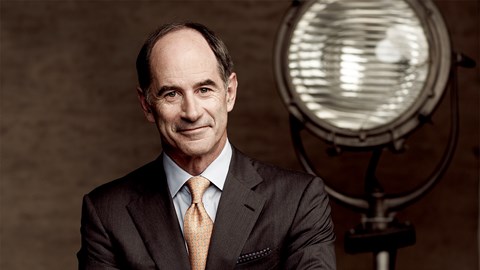 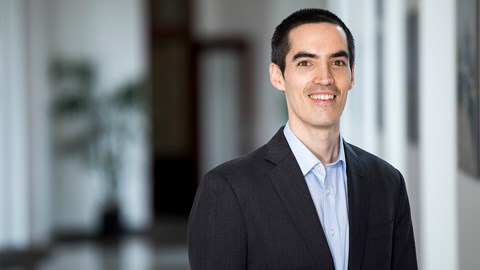