This article was originally appeared on LinkedIn.

Recently a video went viral that didn’t feature sneezing baby pandas or the hottest new song. It captured a moment of customer rage.

A passenger in the second-to-last row of an airplane had reclined her seat. The person behind her was in a nonreclining seat and repeatedly punched her seat while she filmed him on her phone. Later she explained she had put her seat upright for him to eat and after he finished reclined it again.

The Internet erupted in debate. Who was in the right? Some sided with him (“have some compassion!”). Others took her side (“seats are made to recline”). When Ellen discussed “reclinegate” on her talk show one morning, she and her audience firmly sided with the woman. We need to have more compassion for one another, she said.

I would agree with that, but to me, the guilty party in this scenario is airlines and their leadership. In many businesses, how customers treat each other is the bulk of the customer experience. That’s not just true for travelers, but for students and often retail shoppers as well.

It’s up to the leaders of those businesses to build a community where it’s easy to treat people well and difficult to treat them badly. It’s all well and good to say it would be polite not to recline, or ask if it’s OK to do so, but these companies designed this situation. The airlines are the ones that put that final row in their design and institute other policies that leave customers competing for overhead bin space and jockeying for a spot at the front of the line when boarding.

It’s not reasonable to leave customers to negotiate their own solutions. If you’re going to create an inevitable train wreck, you have to help customers deal with it without confrontation.

One of the brilliant things about Toyota’s manufacturing is that the company makes it easy to do the right thing. Factory workers literally can’t make mistakes such as installing a part upside down or using the wrong fastener because parts are designed to only work as intended. We need to apply that kind of thinking to these customer challenges. If Toyota managers saw something like this on a production line, they’d know they had to get to the root cause and fix it.

Long term there are airplane design solutions to some of these issues—nonreclining seats, or fewer of them would help—but near term it may instead come down to helping to define “golden rule” behavior. This may include officially encouraging customers to ask for permission to recline and look behind before they do. And perhaps making clear that it’s OK to ask someone not to recline temporarily, but it’s only fair after some period of time—maybe 15 minutes—to give the all clear. If airlines don’t want passengers grappling over upper bin space and damaging one another’s stowed goods, how about charging for carry-ons and making checked luggage free instead? Southwest has taken steps to reduce passenger stress during boarding by assigning everyone a spot in line.

You can blame the lady or the guy. I blame airlines for putting them in this situation. 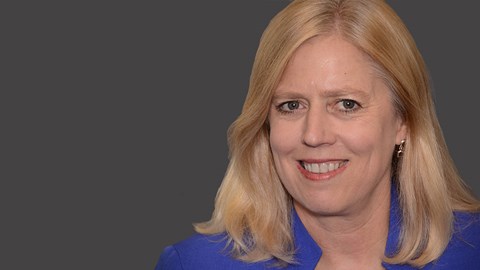 JetBlue: Taking the Turbulence Out of Travel

Hurricane or not, actual delays and cancellations don’t matter nearly as much to customer perception as how the airline handles those problems.

The Root Cause of Your Customer's Anger

If you don’t know the cause of your customers delights and annoyances, you can’t give them more of what they love.