Back in 2003 when I introduced the Net Promoter® metric, I decided to call it Net Promoter Score®, or NPS®. Soon, I noticed, companies that adopted the statistic began using other names for it. Among those that loved the concept but preferred a different name was quick-service restaurant Chick-fil-A, which calls it the Be Remarkable Score. American Express prefers RTF (short for Recommend to a Friend), and Charles Schwab calls it the Client Promoter Score.

Though Net Promoter Score conveys the essence of the idea—was the customer’s experience so positive that he or she would recommend a product or service?—sometimes I wish I had chosen a name that links the score more closely to its central philosophy. That is, the idea that we should strive to live up to the Golden Rule, to treat others as we would like to be treated, to enrich the lives we touch. Maybe “Golden Rule Score” would have been better, or “Net Lives Enriched” … or even “Net Love Score” (as in “love thy neighbor as thyself”).

I was aware of the inspirational potential of NPS early on. It does, after all, provide a litmus test of sorts: Of all the “neighbors” you touch each day, how many feel the love? Are they enriched, diminished or unaffected by the interaction? Folks will enthusiastically recommend you to a friend only if they believe that friend’s life will be enriched by the experience.

This has enormous implications for both leaders and teams who aim to live with meaning and purpose, making a positive difference in their companies and communities. It converts the goal of making the world a better place from an appealing but amorphous notion into a practical process, with progress measured each day, each week and each month.

My favorite alternate name for NPS comes from the world of sports. Advanced metrics and statistical analysis have transformed the way many athletic teams compete. By selecting the right statistics to more accurately value players and their contributions to winning games and championships, savvy teams have leapfrogged the competition. Michael Lewis’s 2003 book Moneyball revealed how this new analytical approach influenced baseball strategy, player compensation and drafting priorities—changing nearly every aspect of the game.

The same is true in many other sports, including basketball, where a relatively simple stat has caught on. Because basketball involves a great deal of teamwork, simply looking at individual statistics like points scored or shots blocked doesn’t capture the true value of a player. Sometimes, a player’s presence and leadership make the other team members work together more effectively. So, more and more coaches are tracking the “points plus/minus” statistic for each player. This metric tallies the points scored by the team, minus opponent points scored, while that player is on the floor.

What the plus/minus statistic measures in basketball is similar to what the Net Promoter Score estimates for an individual employee, a team or a company. Just think of brightening customers’ lives as the equivalent of points for, and creating dissatisfied customers as points against.

One big difference is that, in basketball, there’s no uncertainty about when a point is scored—it is an observable fact. With Net Promoter, we have to estimate whether a customer’s life has been enriched or diminished—usually based on a response to a survey question: “On a scale of 0 to 10, how likely would you be to recommend … ” For practical purposes, an NPS score of 9–10 usually indicates a “promoter,” 7–8 a “passive” and 0–6 a “detractor.” But remember, these are estimates. Sometimes, a customer is a tough grader, and her 8 might in fact represent a promoter response. Other customers just find it easier to provide 10s as a courtesy, rather than take the time to deliver an accurate assessment. They might look like promoters but actually behave like passives, customers who are passively satisfied—for now.

In building an effective Net Promoter System, companies are seeking the ability to assess their true impact on a customer. Basketball ultimately comes down to points in a game, but with Net Promoter, perhaps the most important thing we are tracking is whether a life has been enriched. Is your presence making the world a better place? Maybe the best way to think of this is that your Net Promoter Score (or whatever name you choose) reflects something that should be of enormous interest to every one of us: How much better off have you made the human race during your time on this earth?

In other words, what is your human plus/minus?

Fred Reichheld is a Bain Fellow and founder of Bain & Company's Loyalty practice and is based in Boston. 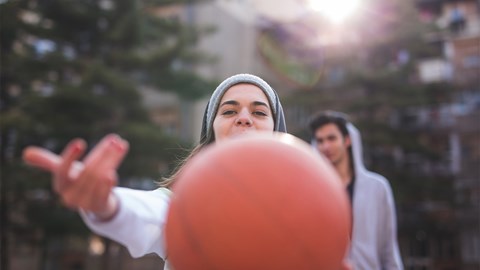 Companies that make customers “feel the love” are outgrowing the competition, winning market share and making their owners extremely happy.